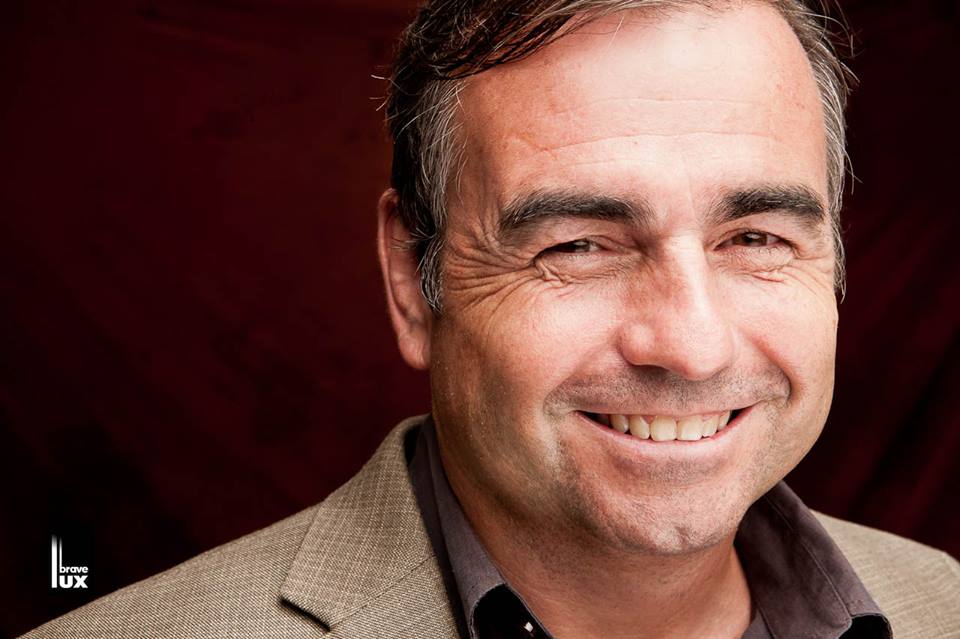 Brian Hieggelke is a writer, publisher and film producer based in Chicago

Described as a “civic treasure” by Robert Feder, Chicago Tribune columnist, and “one of the most respected media minds in town” by Politico, Brian Hieggelke is the founder and president/CEO of Newcity, a Chicago-based company operating in print, digital and social media environments. He also serves as editor and co-publisher.

Newcity, which Hieggelke also edits, is an award-winning print and digital publication—”The Publication of Record for Chicago Culture,” founded in 1986.

Newcity’s most recent initiative, the film production company Chicago Film Project produced and distributed “Signature Move,” which premiered at SXSW, won the Grand Jury Prize at Outfest for Best U.S.Narrative Feature, and was the Closing Night Film at BFI Flare. Its second film, “Knives and Skin,” premiered at the Berlinale and Tribeca and is being distributed by IFC. Chicago Film Project’s third film, “Dreaming Grand Avenue,” is in theatrical release currently, and has received early critical acclaim.

Newcity recently launched The Chicago Film Fund, with a mandate to invest in projects that exploit the DNA of Chicago.

Newcity also operates in the custom publishing business in the cultural space, and has created publications on the behalf of Expo Chicago art fair, Music Box Theatre, University of Chicago Arts, Navy Pier, the Terra Foundation and the Chicago Department of Cultural Affairs and Special Events for Chicago Artists Month.

In 2015, Newcity launched NewcityBrazil.com, covering the visual art culture of São Paulo and beyond.

For about ten years, Newcity published Chicago Weekly, a student newspaper at the University of Chicago. Newcity issued its first ebook in partnership with Agate Digital in 2011.

Since 1996, Hieggelke has served on the Board of Directors of the Alternative Weekly Network, a sales organization that aggregates the audiences of more than 100 cultural weeklies for national advertisers. For most of that time, he’s also served as president of that organization.

Hieggelke, who has written about media, politics, running, books, film, art, music, food, fashion, theater and dance, was awarded the Peter Lisagor Award for Exemplary Journalism from the Society of Professional Journalists for a weekly media column, Press Relief, and has been a finalist for the award three additional times.

Hieggelke has written two short plays that have been produced by American Blues Theater as part of its “Ripped” festival.

As an internet pioneer, Hieggelke launched Newcity Network in the mid-nineties—a print and digital network of alternative weekly newspapers and independent web publications across the country and opened additional offices in New York and San Francisco. Newcity Network handled more than 40 percent of all national print advertising placed in alt weeklies, and its online network grew to more than seventy content and city partners with more than a million users each month.

He was named to the Crain’s Chicago Business list of “40 under 40” honoring business achievement before the age of 40.

Public speaking and media appearances:
Hieggelke has made extensive public appearances, especially on matters related to the media and digital publishing, design and culture with speaking engagements as far off as Iceland. He’s been interviewed on Chicago’s NBC, CBS and PBS television affiliates, as well as WGN, WBEZ, WLS and WVON Radio. He’s been featured in hundreds of magazine and newspaper interviews around the country. A listing, along with recordings, of recent public appearances can be found here.

Hieggelke guest-starred in an episode of the Netflix Original dramatic television series “Easy” in 2016.

Brian and Jan Hieggelke are the co-founders of Newcity, the preeminent cultural publishing company in Chicago (and Sâo Paulo, Brazil), which they launched in 1986. In 2014, they launched a sister film production and boutique distribution company, Chicago Film Project, to pursue opportunities that have three characteristics: superior quality, commercial viability and some kind of Chicago DNA. Their first film, Signature Move (2017), world premiered at SXSW before playing more than 150 festivals worldwide and racking up numerous awards, including the prestigious Grand Jury Prize for Best US Narrative Feature at Outfest. After a limited theatrical run in New York, Los Angeles, Chicago and several other markets—in which it was the #1 film opening weekend in the US on a per-theater basis—the film launched on SVOD an TVOD platforms and is currently holding a 100 percent rating on Rotten Tomatoes. Their second film, Jennifer Reeder’s Knives and Skin (2019), world premiered at the Berlinale before playing many of the top festivals in the world, including Tribeca, Deauville, Fantasia, Fantastic Fest, Chicago International Film Festival and AFI. It is being distributed in North America by IFC Midnight; the rest of the world is being overseen by WTFilms in Paris. Hugh Schulze’s Dreaming Grand Avenue is their third feature. They have recently launched The Chicago Film Fund to invest in films.