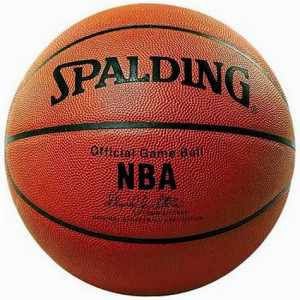 This is it: the countdown week till the marathon. The weather is starting to look like it might even be on the warm side next Sunday, which I normally love, but is not great for Jan.

No run today, but I played in my weekly basketball game. I had an unusual (for me) panic this morning, when I started worrying about injuring myself at hoops. Though guys, younger guys, seem to get injured in our game at the rate of one every other week or so, I’ve never had any problems worse than a seriously jammed finger. So I’ve never even thought about things like this, but it hit me this morning what a letdown it might be for Jan if I couldn’t run as planned with her. (And what  a devastation it would be for me: I’m really looking forward to the race this year and accomplishing this together.) I decided to take it easy. Injuries seem to strike late in the game, when everyone’s fatigued so I dropped out early, after about seventy minutes ( we play about two hours).

I’m reading “Personal Record: A Love Affair with Running” by Rachel Toor. On the bus home after basketball, I read chapter 17 (the book is divided into 26 chapters, natch), which starts out, “Run long enough and you will be injured.” Good karma, I thought as I read that chapter, on injury, that I left basketball early.

I met Rachel last fall at the Nike Running Summit in San Francisco the week after the Chicago Marathon, on a junket wherein Nike flew in running journalists from around the world to show their new lines, talk about the shoes and run in the Nike Women’s Marathon/Half Marathon. A Yalie, Rachel is a serious runner who competes in ultras; as a writer, she not only contributes to running magazines, but she teaches writing at the college level in the Pacific Northwest. More literary than a sportswriter. Her book is smart, with insightful, economical prose. It’s meditative.

I like books written by writers who run better than those written by runners who write. The primal simplicity of the sport is its highest virtue, but that means there’s only so much you can say about it from a technical or spectator level. I read Runner’s World magazine to keep charged up about improving my technique or diet or whatever, but enjoy these personal literary narratives best. (Last year I was reading Haruki Murakami’s “What I Talk About When I Talk About Running” about this time.) We find common cause in books like Toor’s, even though our lives are entirely different. This observation here, we share it as an experience we’ve both had, I nod at the book. That emotional experience? I know exactly what she’s writing about.

When we run, we converse, if with company, or we listen to music or books through headphones. But on the best runs, alone, we listen to nothing other than the distant sounds of the city we run inside. We live inside our thoughts or best of all, we exist in a state seemingly without thought, a state of existential just being. I think that is a good thing to do, to let our brains rest sometimes. Toor thinks so too, I think.